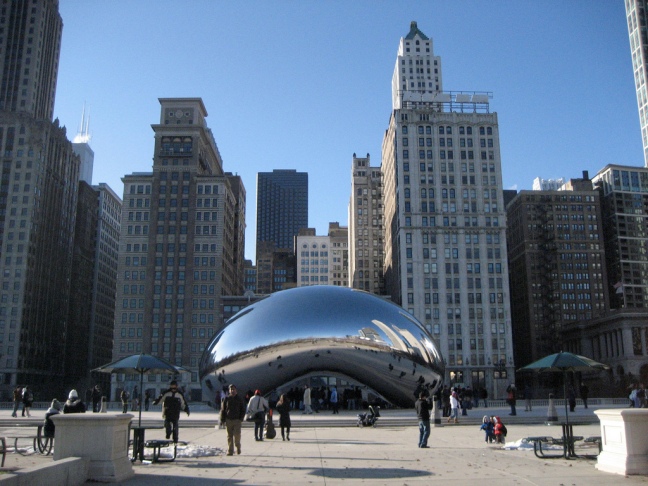 Last week, I went to the Urban Land Institute Conference in Toronto to see a panel discussing signature parks, including Boston’s Rose Kennedy Greenway, New York’s High Line, and Chicago’s Millennium Park. The conversation was in the context of Toronto’s future Rail Deck Park and the lessons learned from these other projects. Here’s four things I came away thinking about.

The Executive Director of the Rose Kennedy Greenway—the conservancy that runs this linear park in Boston–made an interesting point when he argued that signature parks, especially ones that are run by or in partnership with non-profits, are able to experiment and test new ideas in a way that cities are not able (or willing) to try in the wider park system. In this way, they can act as incubators for creative programming and policy change. His example was allowing people to have a beer in the park—the Greenway will be opening a beer garden this summer.

Because signature parks are labelled as unique, they are perfect testing grounds for new ways of doing things that may not work in more traditional parks. Perhaps it’s music or visual arts or food (or beer). Toronto’s Bentway seems like a good candidate for seeding new ideas in public space, especially because it’s not exactly a “park” as we normally understand it, but a linear public space underneath an elevated expressway.

Programming is key to creating more inclusive spaces, but it can’t just be about delivering programming

When asked how they were working to create more inclusive spaces out of these downtown parks, all the panellists stressed attracting people to the park by providing meaningful (and free) experiences for a wide diversity of people. Inclusivity, they argued, came from programming that gives creativity across the entire city a platform, both by acting as host to groups doing their own programming and by working to create programming with others where the capacity might not exist yet.

Unfortunately, the panel discussing these ideas was far from inclusive, consisting of men who were, I believe, all white and pretty close in age. The entire discussion, including this question, would have benefited from other voices being centred.

I think that extends into managing and programming parks, as well. Providing free programming is great, but creating a grant or support system to work with community groups and others to create their own programming, support local artists, and share decision-making is a critical part of ensuring a public space remains inclusive and rooted in local community. It’s not just about delivering programming, but engaging people in co-creating that programming—and paying them to do so.

A great example of this (thought not a signature park like the ones being discussed) is Corona Plaza in Queen’s in New York, which was created by the Queen’s Museum as part of the City’s Plaza Program to turn under-used road space into public space. A key goal of the space was to create what they called a “dignified space for immigrants” by ensuring that programming in the space didn’t just reflect the local community, but was actively created by residents. In order to do this, they hired a community organizer from the neighbourhood and also commissioned artists to run programs and performances in the plaza—tapping into local talent, building capacity, and providing funding.

You can read more about this in this excellent report that documents their approach.

Signature parks often come with high price tags—not just for construction, but also for maintenance and operations afterwards. While public tax dollars remain a key base for many of these signature park spaces, rightly so, new revenue tools are often needed to raise funds to pay for the extras, like special design features and heavy programming.

Some signature public spaces use earned revenue from events and third-party programming to fund their own free programming, maintenance, and operations. Yonge-Dundas Square in Toronto, for example, leans on this model. Some rely heavily on philanthropy and donations, raising their funding each year, such as the High Line.

Other mechanisms are tax-based. For example, Millennium Park uses Chicago’s hotel tax to fund $9 million of its annual operations and maintenance. This is an interesting model when you think about how much Millennium Park has become a draw for tourists to Chicago—the park is the number one attraction in the Midwest. The more tourists that are drawn to Chicago to visit the park, the more money for the maintenance of the park.

Governance, financial mechanisms, and design need to thought of up front together

Both the Rose Kennedy Greenway and the High Line are managed by independent non-profit organizations rather than the city government. In Toronto, the Bentway Conservancy is the first of its kind in the city—a non-profit set up to manage and program the space on behalf of the city, including raising funds to support its ongoing operations.

Jaime argued governance and financial mechanisms need to be thought of up front in the development of a park along with the design. It’s important to do this at the same time because certain design ideas can support (or hinder) different governance and funding models. For example, if you hoping to rely on concessions or events to fund the space then certain designs will make more sense. Developing the governance, financing, and design together means you can ensure they all fit well and complement each other. While there are governance and financing models out there, each space is unique and will require its own variation to make it sustainable.

photo of Millennium Park’s Cloud Gate (aka the bean) by Yamaira Muniz on Flickr CC.