Last week, I wrote about parks and mental health, mentioning that some of the results of that research dove-tailed with what we heard researching Park People’s Sparking Change report. We’ve now released that report, which you can download here.

We know that parks are important drivers of improved physical and mental health, but our neighbourhood parks also play an important role in fostering a sense of belonging. They’re not simply green places of respite, but critical pieces of the social infrastructure of our cities.

At a time when increasing attention is being paid to the growing inequality of our cities and neighbourhood-based inequities, it’s critical that we examine how engaging in our parks and public spaces can create more inclusive, equitable places that are shaped by and for the people living there. 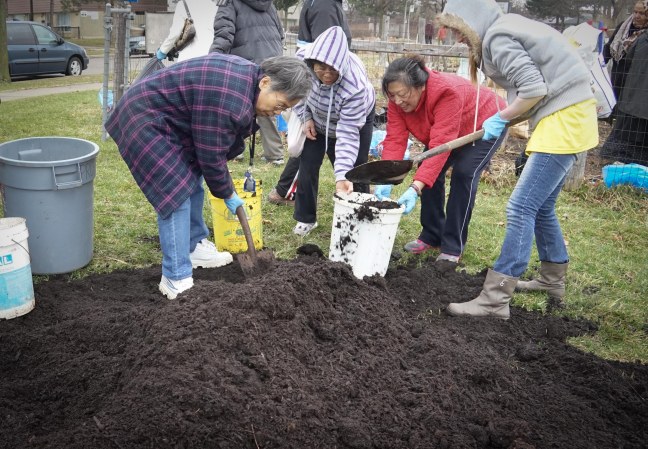 Park People’s been involved in animating and improving parks to create strong communities since 2011. But we wanted to better understand the social impacts of this work, particularly in underserved neighbourhoods where people may be living on lower incomes or are newcomers. Residents in these neighbourhoods often experience barriers to engaging in parks related to time, resources, and sometimes language.

Our new report, Sparking Change: Catalyzing the Social Impacts of Parks in Underserved Neighbourhoods, tells the story of communities that have taken action in their local parks through spearheading improvements, building partnerships, engaging diverse community members, and organizing events and activities that draw people into the park.

Through speaking with resident volunteers, community organizers, and city staff in seven different North American cities, including Toronto, we identified five social impacts of park engagement and 10 strategies to support better this work. 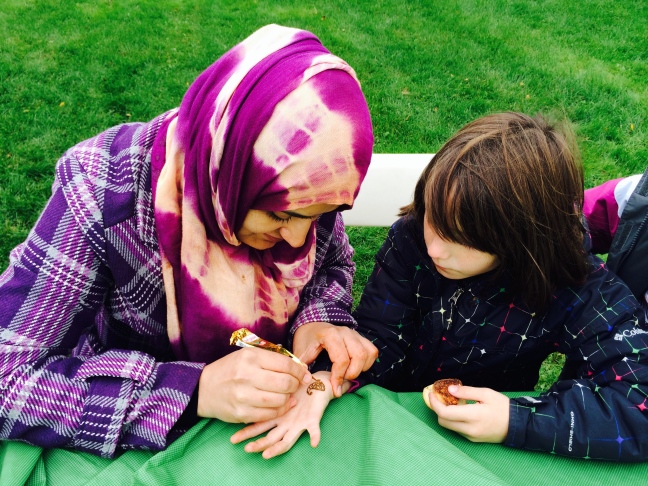 We heard about work being done to create a new park in a low-income, park deficient neighbourhood in Portland that now includes an inter-tribal garden that is co-managed by local Indigenous people and the City parks department. We heard about community members working with the Los Angeles Neighborhood Land Trust to design, build, and program a new park in an area that didn’t have a public space before.

We heard about groups that use gardening and food to spur social connections, tackle food insecurity, and provide places for people with disabilities to garden. We heard about community groups that create opportunities for local entrepreneurs and newcomers to sell homemade food, clothing, and crafts in parks, like Toronto’s Thorncliffe Park Market. And we heard how employing a translator to work with Chinese-speaking residents in a north Toronto park helped engage residents through activities like movie nights and plantings.

These stories helped us define the strategies that can be used to create thriving social environments in parks. Our hope was that this report would be a useful tool for community members, non-profit staff, and city governments.

Here are a few of the key take-aways from the report:

Programming is key to creating social connections in parks. There is often a lot of focus on capital improvements (new playgrounds and benches) but locally-created programming is a critical component of creating parks where people actually connect with others in their neighbourhood. Investments in upgraded amenities should be paired with investments in programming and engagement.

Parks can be gateways to becoming civically involved. Park engagement can be a first step to becoming more civically engaged—such as volunteering for other organizations and advocacy campaigns—and also building skills around public speaking and community outreach.

Small actions and investments have big impacts. Small wins and milestones keep people excited, encourage others to get involved, and create a visible presence in the park. It might be as simple as organizing a group park clean-up, working to spruce up a garden, hosting a community picnic.

Park groups should be community-led, but partner support is often needed. While it’s important to ensure community members lead projects themselves, strong partnerships are critical. The support of a paid staff member in a partner organization is often helpful with tasks like organizing meetings, applying for permits, and funding applications.

If you’re in Toronto, please join us on Monday, February 13 for a discussion of the report with people working at different levels in their neighbourhood and park to make change. Register here.