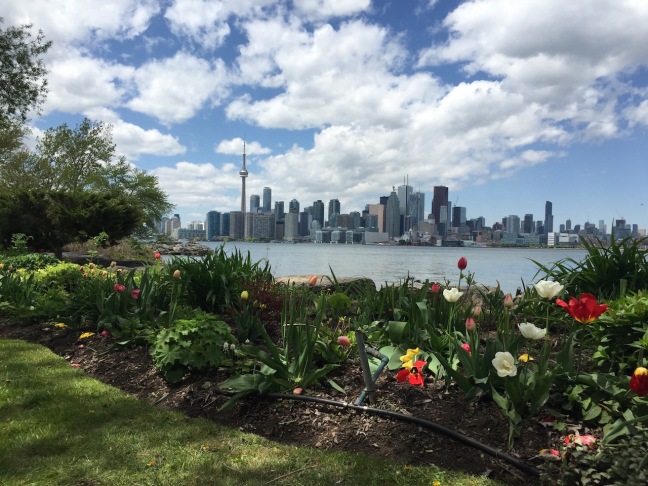 It’s finally happening. The City of Toronto is embarking on a multi-year study to create a parks and public realm plan for the downtown—something much needed. The first phase, now complete, was an information-gathering exercise to document the current state of things, the challenges, the potential opportunities. The next, now happening, is a public engagement piece to get people to reimagine the what, how, and where of downtown public spaces. Rejoice.

And downtown public spaces should concern more than those who live downtown, too. In fact, a recently released Downtown Parks Background Study by the City (a good read) found that half of parks in the downtown are of citywide importance due to their historical or cultural character. These are the public spaces we should all love and enjoy, no matter where we live in the city. Here’s the study area:

In this post, I’m going to look at the challenges of park funding and the current system of development levies and park acquisition. I promise it’ll be fun. In the next post, I’ll write about the actual design and management of parks and the opportunities for doing things a little more creatively.

Are you ready for some park nerdery? If not, please check out this cat video. I won’t hold it against you.

For the rest of you, here we go:

The City study goes into greater detail (page 8 and 9), but the short and rough version of how the City collects money for park development is through a levy on new construction (Section 42 for all you real nerds out there). The City receives a portion of the land (or the equivalent in cash of its value) for each new development.

If you want to build a big residential development you’re going to have to reserve 5% of your land for a park. If you’re building a skinny condo and that 5% of land gets the City a sliver of a park, then they may ask you for cash instead. This money goes into different accounts meant for park development and land acquisition both citywide and in the district.

That’s a lot of swing sets.

Ok, calm down. Only $46.6 million remains, with the rest spent or committed to projects. And it does sound like a lot of money. But then you get into real estate value in downtown. Which is completely bananas. An acre of land in the downtown could easily swallow up that entire amount in one hungry free market gulp.

And so we get to…

Ready for more? The City has a policy that it cannot pay more than fair market value for any piece of land that it wants to acquire for a new park. So say the City finds a piece it wants to buy and offers the owner X. The owner then looks around at all the high-rise condo towers sprouting around her lot and says, um, yeah, thanks but I can get way more for this. And she’s right. So a developer, more nimble and able to pay higher prices for a piece of land, gets it first. Gulp. Gone.

This is all evident in just how little land the City has purchased in downtown for new parks. For example, between 2010 and 2013, the City purchased one tiny plot of land at 1,150 square metres for $600,000.

That’s not to say the City hasn’t created any new parks downtown. We’ve got a bunch of new public spaces, but they tend to be waterfront spaces created by Waterfront Toronto (Corktown Common!), or parks created by land dedication or other means besides buying land (Regent Park!). Here’s a tiny chart:

So spending the money we collect can be difficult

And all of this is if the City can even find a suitable piece of land to purchase and make into a park. Walk around downtown. Try to find a spot for a nice new park. No, not that one—one that doesn’t already have a development application sign on it. It’s hard, right? Many of the pieces left are small and while developers are getting creative in squeezing tall buildings onto these tiny sites, creating a park on them is often impractical.

And because of these tiny development sites, the City often doesn’t want to take a piece of the land to make a park onsite because it would be too small, so it takes the cash contribution to buy land and then…well, you get the picture.

But the longer we wait to spend the money, the less that money is worth

This is not in the City report, but it’s something to think about. The money the City receives from a development is worth a portion of the land value at that moment in time. But then it sits in an account waiting for other bits of money to flow in before there’s enough to do something. Problem is during that time the city hasn’t stopped and land values have increased, so now the bit of money you got two years ago buys less land than it originally did.

Great, so now what?

Well, one thing the City is looking at doing is more pooling of different land dedications and money from developments in an area to create one larger park. The City successfully did that to create the soon-to-be park at 11 Wellesley, where contributions from developer Lanterra’s three nearby sites were combined with a small land purchase from the City at one location to get a larger park. This is a great idea and should be done more. In order to do this though, you ideally need an acquisition study that identifies areas and sites to acquire in the downtown. Luckily for us the TOCore parks and public realm plan will do this.

OK, but what about creating new parks without buying land?

The City does this too. They’re called POPS—privately owned publicly-accessible spaces. It’s a nifty way of creating new open spaces downtown through the development process, but as privately-owned spaces they are really only accessories to the public spaces system, not a substitute for it. The Financial District is highly dependent on these spaces. There is only one public park–Cloud Gardens–for the entire area.

How about borrowing money to buy parks now?

This way the City doesn’t have to play the game of waiting until funds reach a certain level to buy a piece of land…at which point the money has depreciated in value and, anyway, the land is gone. Let’s use our crazy development environment to our advantage.

Me too. It’s a challenging environment to work in. But also let’s remember that these challenges—hyper-development and a real desire to live in the downtown core—is also our greatest opportunity. If we harness this energy for good, we can do some great things for our parks. We just need to be creative, plan ahead, and act fast.

Next up: Getting creative with our park design, planning, and programming

the map and charts are from the City’s report, the photo is my own

5 thoughts on “Creating a park plan for downtown Toronto: The trouble with money”