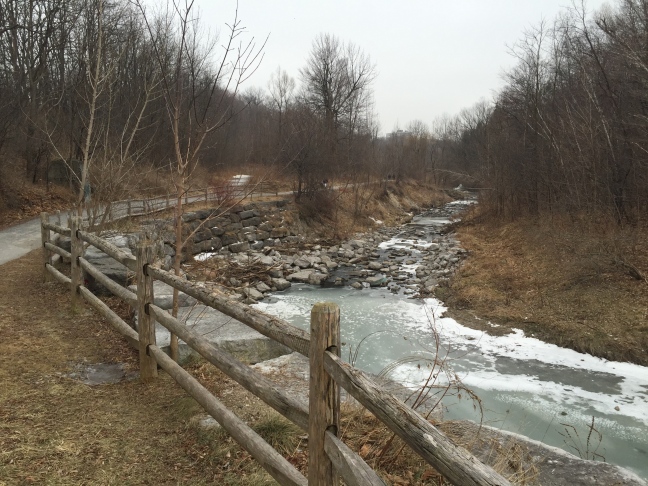 While in Ward 35 in Scarborough to check out Victoria Park-Eglinton Parkette, I thought I would balance out visiting a small park surrounded by roads with a walk in a deeply cut ravine–Warden Woods Park. It’s also right on the subway line (the entrance is across from Warden Station and the other end is near Victoria Park Station) so it was easy to get there.

Warden Woods is part of the Don ravine system and on the Taylor-Massey Creek. It’s a pretty big spot, 35 hectares in size, and, according to a park sign I came across, contains forests that are “approaching old-growth conditions, with rare understorey plants.” The ravine did have a lot of cool looking plants and things sticking up everywhere. I especially liked these reedy plants with the nifty spiky balls on them.

The park also has huge, steep slopes, and what looks like a lot of erosion. Many of the trees on the slopes have their roots laid bare. You can tell people have climbed up and down the slopes from the buildings at the top. 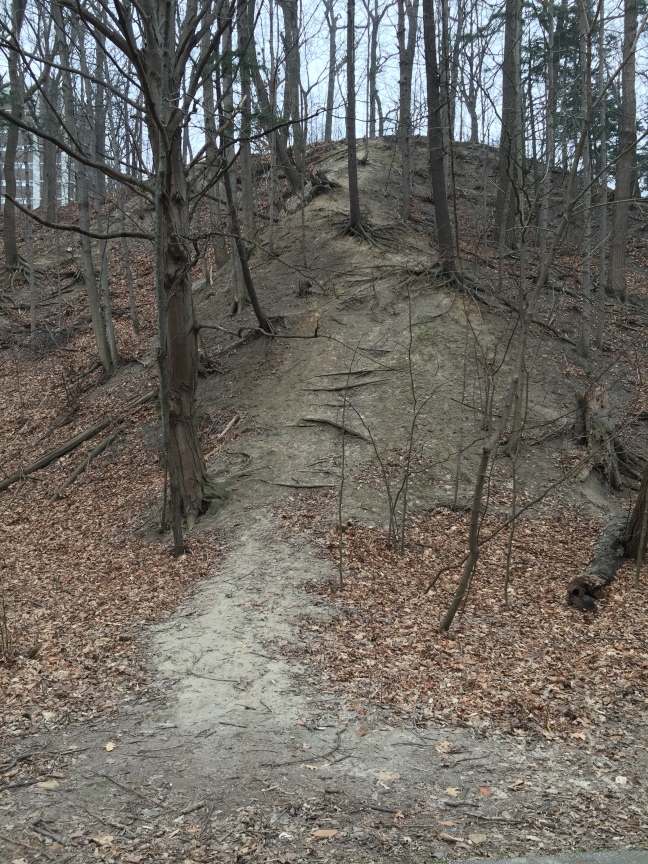 Then there is the wildlife, like this strange, tiny bear I befriended. 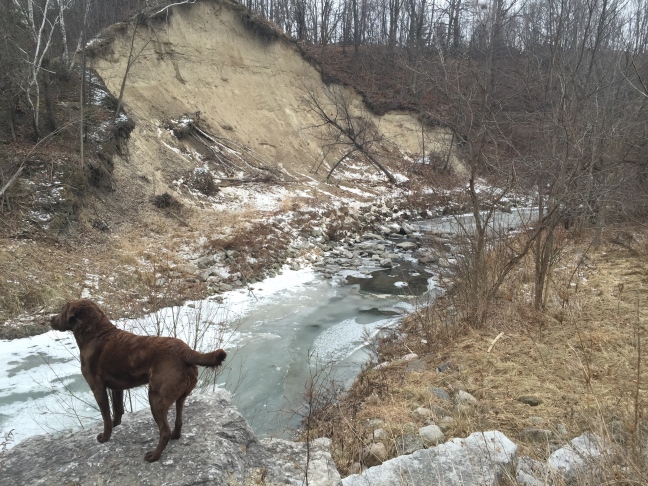 What really makes Warden Woods, though, is the creek, which runs along the winding path with a pleasant gurgle, even when half of it seemed frozen. There is also a lot of erosion along the creek’s banks (see this Fixer article in the Toronto Star from a few years ago.)

The mix of frozen ice and rushing water was really beautiful, with the water running under frozen sections creating almost psychedelic patterns as it pushed up against the ice over top. There was also a lot of ice build up along the banks of the creek, as if water had seeped out from the dirt there and frozen in big fuzzy masses.

And here is some more fuzzy-looking ice:

If there is one thing I could complain about, it’s the lack of seating. What is up with the lack of benches in Toronto parks? There is only one bench along the whole trail. The people want to sit! It also seemed to be facing the wrong way. I’d rather sit and look out towards the creek then back towards the trail. 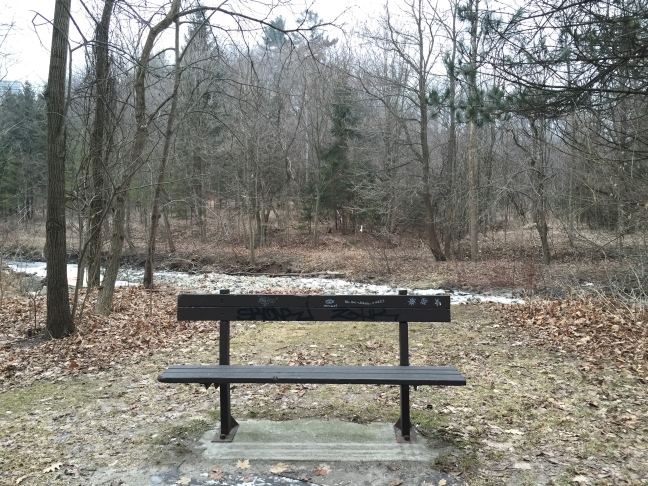 The ravine follows the subway line (or I guess I should say the subway line follows the edge of the ravine) so you can hear the rumble of the train every so often, but otherwise the park is quiet except for the birds and the creek. It was a good 30 minute walk, but I was going very slowly and taking pictures of spiky plants and small bears.

This post is part of the City within a Park series where I’m visiting a park I haven’t been to in every one of Toronto’s 44 wards in 2015. This is the second post for Ward 35. You can find the other one here.